COVID-19 Updates: Learn about our commitment to cleanliness 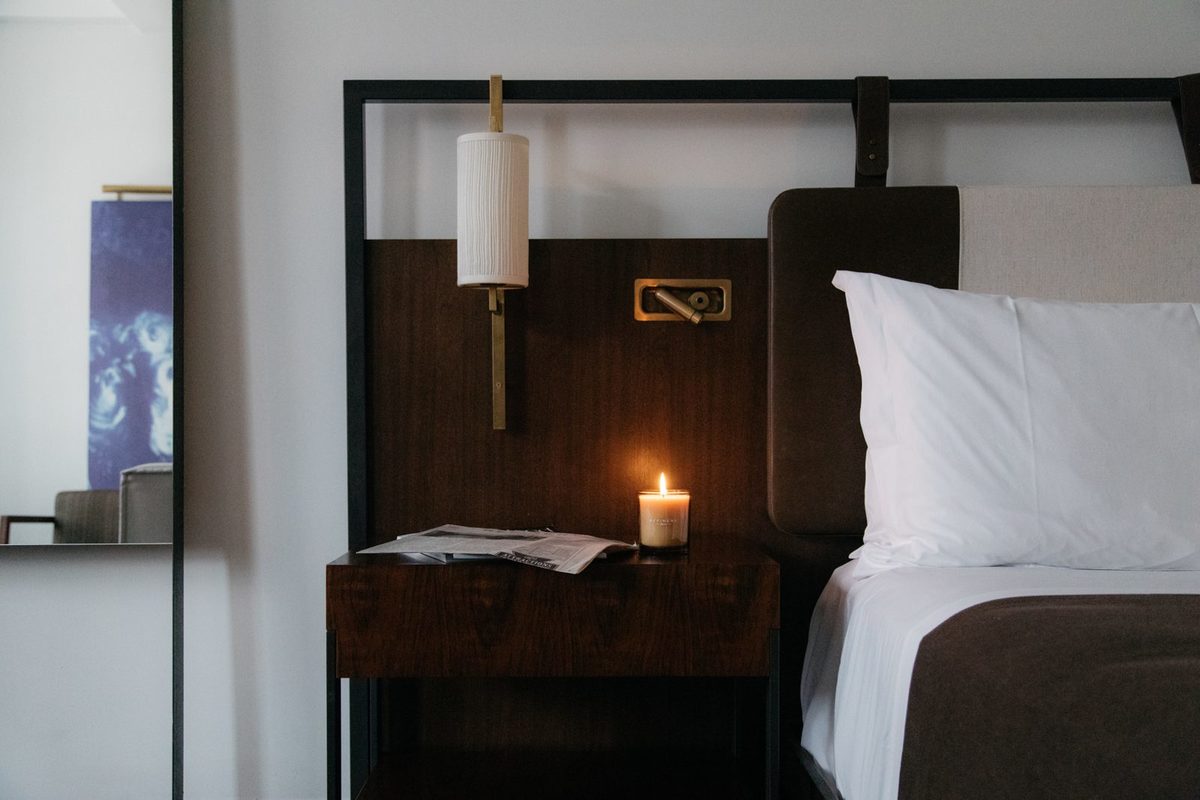 Save up to 30% on your summer stay

NO PURCHASE OR PAYMENT IS NECESSARY TO ENTER OR WIN. A PURCHASE DOES NOT INCREASE THE CHANCES OF WINNING.

1. GENERAL CONDITIONS: The 12 Days of Refinery Instagram Giveaway (the “Campaign”) begins on December 9, 2019 at 11AM EST and ends December 31, 2019 at 11:59PM EST. The Campaign partners include Refinery Hotel (the “Sponsor”) and the partners listed below. The Campaign and all entries, are subject to and governed by the Sponsor and its Terms of Service, Privacy Policy and the additional terms herein. By entering this Campaign, you agree to abide by the terms of these Official Promotion Rules and by the decisions of Sponsor, which are final and binding on all matters pertaining to a Campaign.

2. HOW TO ENTER: The Campaign must be entered by tagging two friends on one (1) of the twelve (12) giveaway posts on Sponsor’s Instagram (@refineryhotel), and following the hotel and the participating brand on Instagram. Participants can also enter on the brand’s Instagram post for extra entries. You may enter as many times as you’d like, but you may only win one prize.

The entry must fulfill all Campaign requirements, as specified, to be eligible to win a prize. Entries that are incomplete or do not adhere to the rules or specifications may be disqualified at the sole discretion of Sponsor.

3. ELIGIBILITY: This Campaign is open only to those who enter on Instagram and who are at least 21 years of age as of the date of entry. The Campaign is only open to legal residents of United States, and is void where prohibited by law. Employees of Sponsor, its affiliates, subsidiaries, advertising and promotion agencies, and suppliers, (collectively the “Employees”), and immediate family members and/or those living in the same household of Employees are not eligible to participate in the Campaign. The Campaign is subject to all applicable federal, state, and local laws and regulations. Void where prohibited.

5. AGREEMENT TO RULES: By participating, the Contestant (“You”) agree to be fully unconditionally bound by these Rules, and You represent and warrant that You meet the eligibility requirements. In addition, You agree to accept the decisions of Sponsor as final and binding as it relates to the content of this Campaign.

7. WINNER NOTIFICATION: There will be thirteen (13) winners of the Campaign—one (1) per day of the 12-day Promotion and one (1) grand prize winner. Sponsor will notify each winner of the Campaign by January 14, 2019 by Instagram direct message (the “Winner Notification). A winner must respond to the Winner Notification from his/her registered direct message within 48 hours of receipt of the Winner Notification and, in order to be eligible to accept a prize, must include in such response: (i) winner’s full legal name, (ii) current residential mailing address, (iii) phone number, (iv) date of birth, and (v) email address. If a winner fails to respond to the Winner Notification in the time and in the manner required, or if a Winner Notification is returned as undeliverable, such Winner will be disqualified and will be deemed to have forfeited his/her prize. It is the sole responsibility of an entrant to notify Sponsor of any changes in his/her name and/or address. Each winning entrant must sign and return any documents, if requested, within the time period stipulated by the Sponsor. Failure to comply with this requirement may result in disqualification. Any notification returned as undeliverable may result in disqualification and the prize will be awarded to another entrant. In the event a winning entry is discovered to be invalid for any other reason whatsoever, the prize may be forfeited and awarded to an alternate winner. No more than the advertised number of prizes will be awarded.

The specifics of the prize shall be solely determined by Sponsor. No cash or other prize substitution shall be permitted except at Sponsor’s discretion. The prize is non transferable. Any and all prize-related expenses, including without limitation any and all federal, state, and/or local taxes, shall be the sole responsibility of Winner. No substitution of prize or transfer/assignment of prize to others or request for the cash equivalent by Winner is permitted. Acceptance of prize constitutes permission for Sponsor to use Winner’s name, likeness, and entry for purposes of advertising and trade without further compensation, unless prohibited by law.

9. ODDS: Campaign winners will be selected by random draw. Actual odds of winning a particular Campaign depend on the number of eligible entries received.

10. TERMS & CONDITIONS: Sponsor reserves the right, in its sole discretion, to cancel, terminate, modify or suspend the Campaign should virus, bug, non-authorized human intervention, fraud, or other cause beyond Sponsor’s control corrupt or affect the administration, security, fairness, or proper conduct of the Campaign. In such case, Sponsor may select the Winner from all eligible entries received prior to and/or after (if appropriate) the action taken by Sponsor. Sponsor reserves the right, in its sole discretion, to disqualify any individual who tampers or attempts to tamper with the entry process or the operation of the Campaign or website or violates these Terms & Conditions. Sponsor has the right, in its sole discretion, to maintain the integrity of the Campaign, to void votes for any reason, including, but not limited to: multiple entries from the same user from different IP addresses; multiple entries from the same computer in excess of that allowed by Campaign rules; or the use of bots, macros, scripts, or other technical means for entering. Any attempt by an entrant to deliberately damage any website or undermine the legitimate operation of the Campaign may be a violation of criminal and civil laws. Should such attempt be made, [your company name] reserves the right to seek damages to the fullest extent permitted by law.

11. LIMITATION OF LIABILITY: By entering, You agree to release and hold harmless Sponsor and its subsidiaries, affiliates, advertising and promotion agencies, partners, representatives, agents, successors, assigns, employees, officers, and directors from any liability, illness, injury, death, loss, litigation, claim, or damage that may occur, directly or indirectly, whether caused by negligence or not, from: (i) such entrant’s participation in the Campaign and/or his/her acceptance, possession, use, or misuse of any prize or any portion thereof; (ii) technical failures of any kind, including but not limited to the malfunction of any computer, cable, network, hardware, or software, or other mechanical equipment; (iii) the unavailability or inaccessibility of any transmissions, telephone, or Internet service; (iv) unauthorized human intervention in any part of the entry process or the Promotion; (v) electronic or human error in the administration of the Promotion or the processing of entries.

12. DISPUTES: THIS Campaign IS GOVERNED BY THE LAWS OF THE UNITED STATES AND NEW YORK, WITHOUT RESPECT TO CONFLICT OF LAW DOCTRINES. As a condition of participating in this Campaign, participant agrees that any and all disputes that cannot be resolved between the parties, and causes of action arising out of or connected with this Campaign, shall be resolved individually, without resort to any form of class action, exclusively before a court located in [your state/province] having jurisdiction. Further, in any such dispute, under no circumstances shall participant be permitted to obtain awards for, and hereby waives all rights to, punitive, incidental, or consequential damages, including reasonable attorney’s fees, other than participant’s actual out-of-pocket expenses (i.e. costs associated with entering this Campaign). Participant further waives all rights to have damages multiplied or increased.

14. INSTAGRAM: The Campaign hosted by Sponsor is in no way sponsored, endorsed, administered by, or associated with Instagram.